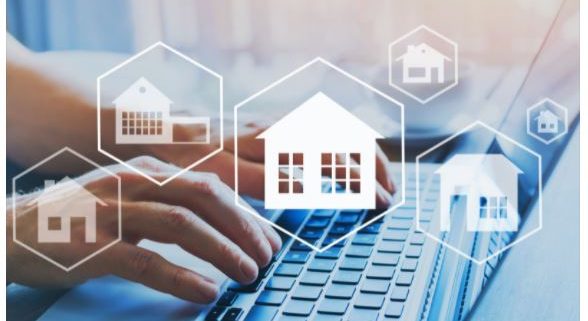 In spite of troubling times, the U.S. housing market is booming.

With people working from home because of COVID-19, demand for homes spiked and the market grew incredibly competitive. It made consumers a little uneasy, especially since it seemed to mirror the jump that occurred in 2006. Those interested in the market were so unsure of this sudden surge that Google searches for “will the U.S. housing market crash?” shot up 2450% in April 2021.

Concerns about the stability of the market and if it would become a bubble that could burst at any moment were valid. Amidst economic uncertainty and the continued efforts to strengthen public health, the average consumer didn’t really anticipate the jump. And with the long journey back to normalcy, it was natural for doubt to creep in.

With the market trending upward, however, and price appreciation not slowing down, it doesn’t look like it’ll crash any time soon. That doesn’t mean that it’ll rise indefinitely, though. So if you’re looking to invest in some U.S. property, it’s best to make a move now while the market is red hot.

What’s going on in the U.S. housing market?

It seemed that when the real estate market had to put a stop to operations last year because of the rising number of COVID-19 cases that it wouldn’t recover. However, in a miraculous turn of events, people were flocking to buy property as soon as transactions resumed.

A lot of apartment dwellers wanted to be in more spacious, private areas and to get away from cramped buildings so they could avoid contracting the virus. Others thought of upgrading their homes to optimise remote working and sought better properties. In a classic demonstration of supply and demand, prices ballooned as more people were looking to buy.

Housing prices increased to 11% at the quickest rate they’ve been since 2006. And it’s predicted to remain at that steady rate even through summer and fall (our autumn). States like Idaho, Montana, and Arizona are observing incredible annual increases of over 27%, 18.8%, and 18% respectively. Other less-populated states are also gaining more home and property owners.  Many are leaving more populated areas to be in more rural ones in an effort to stay safe and continue social distancing.

And while it’s predicted that there won’t be a crash because stricter lending policies have been put into place, it is expected to cool as many buyers will be shut-out because of exorbitant prices that are rising faster than incomes are coming in. Things will simmer down eventually and people will be able to have access to affordable properties without having to worry about an all-out crash because of the new structures put in to withstand this sudden demand.

Has the U.S. housing market crashed before?

In 2006, the U.S. housing market was experiencing a very similar spike. Lenders were very loose about their terms and their repayment schemes which drove prices up to unreasonable rates. Because more people had the money (through those lenders) to buy properties, the demand quickly outpaced supply—much like it’s doing now.

Lenders didn’t care much for how borrowers would repay their loans, they just saw an opportunity in eager home investors and low-income borrowers. Because of this, about $3 trillion US dollars went into the mortgage market between 2003-2006.

The number of homeowners surged and they faced a difficult time repaying loans because there were either flimsy or no structures in place for them to make payments. Simultaneously, the housing bubble reached a critical point wherein demand was dying down because prices were unrealistically high. This also drove up the risk factor. Because people didn’t want to take the risk with the high prices and the low demand, they began to pull out of the market, leading it to immediately deflate. Homeowners who were once enticed by low interest rates and the lax lending suddenly found themselves unable to make their mortgage payments, leading to defaults and foreclosures all over the country.

Prices severely dropped and the economy took a turn for the worse. The foreclosures led to a steep increase in supply when demand was almost abysmal. These events all preceded The Great Recession in the U.S. and were direct contributors to it. Because homeowners were so focused on repaying debt and avoiding foreclosure, they were no longer spending and, therefore, no longer contributing to the economy.

Experts have come together and have scrutinised the current shift and how the market is operating and noted how lending and mortgage underwriting has been stricter than it was in the early 2000s. With better structures in place when it comes to lending, it’s easier to avoid such a dramatic dip in the market.

Further, with modern-day economic arsenals complete with the ability to print money (quantitative Easing Policies), and central banks not afraid to use it, U.S Federal Reserve Chairman, Jerome Powell, confirms that the QE policy will continue until unemployment & Inflation rate goals are met.  So it seems that the new world version of Bidenomics will continue to throw cash around until everyone is happy…  This will certainly keep the market hot, for the time being.

How to start investing while the market is hot

The housing market isn’t going to be this hot forever as the current rate isn’t exactly sustainable. So striking while the iron is hot is critical.

Investing in the U.S. housing market is a great way to open up a new stream of income. Because it’s cheaper to invest there than in Australia and New Zealand, you have a better chance of positive cash flow and landing a great property that will reward your efforts if you take the time to optimise it.

We’ve put together a process that will help guide you through investing in the U.S. It’s a five-point blueprint called STARR.

While it can feel a little risky to invest now, experts have predicted that there will be no crash despite how eerily similar today’s housing market resembles that of 2006’s. With stricter structures in place and more attention being paid to transactions, the market will continue to heat up in the months to come (but probably not forever).

If you need any help navigating the rapidly growing housing market in the U.S., feel free to book a call with us.

How to Screen Tenants for your U.S. Rentals