When looking for rental properties, there are certain areas which offer a higher return on investment than others. Rental properties in areas that show prominent and steady job growth, population growth, and affordable cost of living are generally going to turn a bigger profit than a property in a high poverty area with little to no job growth.

Luckily, the United States seems to be chock-full of cities that match this description.

So where are these cities considered to be a best-buy? The top five cities to invest in stretch across the United States in various states showing that you don’t have to be on one particular cost to create a profitable rental portfolio.

Detroit is known as the Motor City and its industry level matches its name, with companies like General Motors, Ford Motor Company, and Chrysler all claiming Detroit as home. There’s no end to job growth in the city either, as many other industries have begun to flock to the Metro Area, as well.

In addition to a solid job growth, Detroit has begun ranking as one of the hottest cities to invest in due to its incredible cost of living. Currently, Detroit holds the title of most affordable city for quality of life in the US, as well.

While these are great draws for residents transplanting into the area, there are numerous figures that seem to be beckoning out of state and out of country investors to the Motor City. The current median price for a single family home in the Detroit Metro Area is running at an impressive $65,000, while the average rental rate is around $900 a month. With low upfront costs and high rental demand, Detroit has quickly gained status in the investment industry.

When it comes to the Sunshine State, Orlando is a hot market to be in. While rental properties are in high demand in the Central Florida area, single family homes are still relatively affordable. Currently, you can pick up a fully renovated single-family home for under $120,000.

Over the last year, home values have increased and rental rates have skyrocketed an impressive 8%. In addition to great rental rates, property taxes and insurances are low, creating an even better cash flow for property owners.

As local job growth is one of the top factors of a successful rental property, Pittsburgh is definitely in the green. The city is home to a multitude of large corporations from every industry, including healthcare, education, technology, and finance.

The city has recently been ranked as one of the top 10 housing markets in the US for redevelopment and growth. Houses are averaging a median sales price of $150,000 with rental rates having increased by 12.6% over the last year.

Recently nominated as one of the Best Historic Cities in the nation. The average monthly rental rate is below the national  average, with the average homeowner and renter paying less than 30% of their income toward their housing expenses making Montgomery a top ranker for quality of life.

The current median sales price for a home in Montgomery comes in at approximately $125,000 while the average rental rate falls around $900 a month. The low property taxes combined with the moderate rental prices equal high return on investment rates for property owners.

Always fascinated with transportation, the city of Houston is home to NASA’s Mission Control as well as many oil-related businesses. The city has seen a population growth of over 15% from 2000 until 2017.

Rental demand continues to rise as job growth expands, which is good news for property owners. While property values are higher than some other best-buy cities, with the average cost coming in at $392,674, the rental rates even out the cost of purchase, averaging at $1,600.

While trying to locate a cash-flow producing property may feel tricky at first, if you stick to this list of viable cities for rental properties, you’re sure to start out on the right foot. 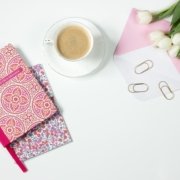 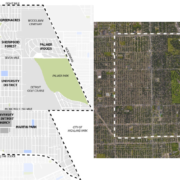 The Revitalisation of Fitzgerald - Detroit MI 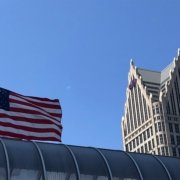 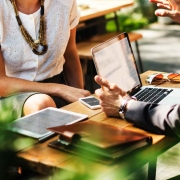 How to Buy Property in the United States: 4 Tips for Australian Home Shoppers 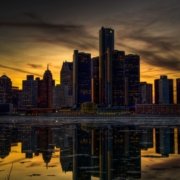 How to Buy Property in the United States: 4 Tips for Australian Home Shoppe...

The Revitalisation of Fitzgerald – Detroit MI
Scroll to top