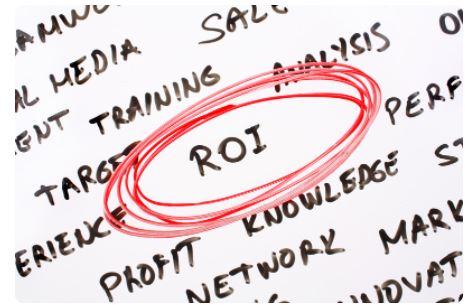 A lot of people who want to get into investing tend to hesitate when faced with the opportunity to do so abroad, but investing in the U.S.A as an Australian is definitely a great option, even if it can seem daunting. Investment in itself can already feel like a game of chance, even more so when you can’t see the property in person.

Plenty of Australians don’t consider investing in the U.S.A property market because it’s so foreign and they think that a property that far away will cost them more time, money, and energy. But what they don’t know is that plenty of foreign investors find the U.S.A property market immensely rewarding (especially right now) and a great place to get significant returns. While the investment process will be different, our team at Star Dynamic can make investment easy and fruitful for anyone willing to try.

Pharmacist David Tran seized the opportunity to invest in U.S.A residential property through the recommendation of a friend who already experienced the benefits and ease of using Star Dynamic for their own investment. David had revenue to invest and had already tried his hand at investing locally so he thought to look beyond Australian borders and wanted to try something new.

“If you want different returns, you’ve got to look somewhere different,” said David. “It’s low risk, with potentially even greater reward. So it is daunting because it is in the U.S.A and you’re not just going to fly over there… But at the end of the day, it’s all about the numbers to me.”

Many Australians, like David, have taken the chance and found success in the U.S.A residential real estate market. Today we’re sharing David’s story of how he leveraged international property investment to build the future he wants for himself and his family.

When it comes to residential property investment, most people look to their local community or neighbouring areas first, and it makes sense to have that extra control, to be close by and hands-on with the purchase and have the ability to check-in and keep an eye on things.

David felt the same initially and took on a number of different Australian-based investments to get different returns from local real estate, buying and flipping properties, but he came to realise that the local market was small and it was becoming harder to secure property investments.

“It’s all about finding the deals. If you invest locally, your market is going to be very small, especially where I’m from where our population is a lot smaller,” David explained.

He came to the conclusion that there were better opportunities elsewhere. It wasn’t as if the numbers were dismal, but he acknowledged that, in comparison to what he could be getting, his effort, money, and time could be rewarded when invested elsewhere.

“The numbers worked but they weren’t that great compared (to the U.S.A). It’s effort and reward at the end of the day,” said David.

This led him to investigate how he could potentially flip properties and have higher passive income. “When COVID-19 hit and everything was locked down, I started googling and talked to my mates a bit more to figure it out. I’m at that stage where I’m in my late 30s, I figured that I’ve got to start doing something a bit different.”

Why David thought “abroad” for his next property investment

At 38 years old and with two young kids, David wanted to put himself into different scenarios that brought about greater returns, luckily he was “okay with being uncomfortable” in terms of investing. After hearing about Star Dynamic and our CEO Lindsay, he decided to take the leap and gave us a call.

“I looked at the U.S.A market before randomly but not seriously. But if I was going to do it seriously, I wanted to engage with somebody who knew what they’re doing. So when I had a quick phone call with Lindsay, the feeling I got was he was a quite honest person to deal with so that gave me the confidence to try it out,” said David.

The U.S.A market, being much bigger, had more potential in David’s eyes. Because the U.S.A market has little to no stamp duty, longer-term mortgage rates, and fewer market restrictions, it easily became a priority choice even amidst good local property options.

The potential returns were just greater compared to local numbers, especially when you can buy a house in the U.S.A for the same price as a deposit on an Australian property, making it low risk because the money down is so little compared to Australian investments.

While you can profit from both (as David has), the U.S.A has brought about higher cash flow for many investors because of the stronger rental yields. That’s not to say that it’s perfect and easy, you still have to do your due diligence and research the area and its properties and then make the required renovations, but it’s definitely worth the effort you put in, especially since it’s a foreign market.

And the numbers can’t be argued, there really are more properties in the U.S.A compared to Australia. David knew that if he were to invest and flip again, he would look to the U.S.A.

“I probably wouldn’t look too much into residential real estate in Australia again, to be honest. Just because there are only so many properties here that you can invest in whereas in the U.S.A there’s just so many properties and opportunities.”

A done for you service to suit a time-poor investor

This still doesn’t eliminate the fact that a foreign market may bring foreign practices or paperwork, some that you might not have the expertise or time to learn about and execute.

But, just as we’ve helped our customers in the past, we helped David with our “done for you” service where we take care of everything from start to finish, making it the perfect add-on for anyone who’s got a lot on their plate but still wants to reap the benefits of a good investment.

“I decided to sign up to the Done For You service where the Star Dynamic team manages it all for you. It took me a couple of months to get the property. Lindsay finds the deal, presents it to you, you look at the numbers and see if you’re fine with it, and then you go with it,” said David. “It’s a bit nerve-wracking in the sense that you’re literally just handing over money, you don’t know if it’ll work or if you’ll ever see this money again, but it came down to that honesty, that trust, and how genuine I found him so I thought that I’d give it a go.”

As a business owner and father, David didn’t have the time to check in with a team in the U.S.A or look through properties on his own, so he left it in our hands to take care of his investment and put the money into a good property.

“I’ve got two young kids, I’m quite time-poor, so for me it was that I had a bit of spare cash and I wanted to see what sort of a return I could get out of that,” said David.

Like with all investments, we approached David’s using the STARR method (strategy, team, acquisition, renovation, realisation). By implementing a good plan and hiring a team on the ground in the U.S.A, we acquire the property, renovate it to our client’s liking, and then our client is rewarded with their hard-earned profit after they sell or rent out the property.

“The process is actually quite easy, considering. It’s a lot of paperwork but when you look at your potential returns and what you’ve actually got to do, I mean, where else are you going to get those returns in that short timeframe? It may not always be the case, but the potential returns, without having to lift too much of a finger, are pretty good,” said David.

David speaks highly of working with Lindsay and found him to be a very honest and genuine person. David said that he was “easy to get a hold of” whether it was through emails or phone calls and that Lindsay eased any and all of his worries about investing abroad, so much so that if money comes through again, he said he would “definitely give it another go”.

Investing abroad isn’t as scary as many think it is. David’s property investment success can be replicated by anyone looking at investing in U.S.A residential property, so long as they have the help and support from a reliable and skilled team who know what they are doing in a foreign market. For people like David, and all our other clients at Star Dynamic Property Investment, investing in the U.S.A was low risk and resulted in significant returns.

If you want to find a bigger market with bigger returns and have someone else do the hard work, give us a call.