Now is the time to invest in the US

You’ve probably come across the below image one way or another. As these things do, it was trending on social media some time ago.

While we’re not sure if these words came from Denzel Washington himself, we are sure that it speaks the truth.

In a previous blog, we wrote about the difference between speculation and investing. Speculation means depending on external factors like market prices when deciding to dive into property investment.

In many cases, the price never drops to the value that the speculators are looking for. Or if it does, it takes months if not years. That alone proves just how much time people end up wasting, waiting for “the perfect time” which never arrives.

Truth is, the best time to start is now. Where speculators wait forever for that right time, investors focus more on what they can change and control.

And that’s what you want to be: an investor who plans for things instead of relying on gambler’s luck. 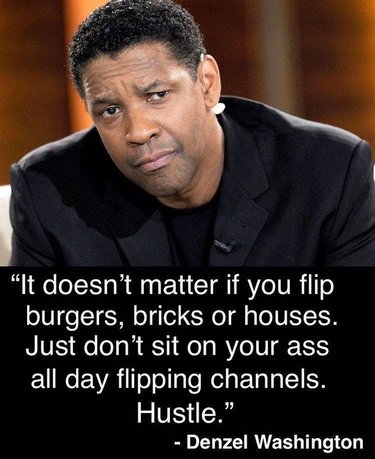 Opportunity is about mindset (even in uncertain times)

The COVID-19 pandemic is a trying time for all of us. Many small to medium enterprises are closing down globally, and even large corporations have had to lay off workers and employees.

Those who still have jobs, let alone booming businesses, are indeed very fortunate compared to others.

But even amid a global crisis, it is not impossible to flourish and still succeed financially. In fact, successful businesses have been started in tough times before and still operate today. And there are still more running businesses than closing businesses, and that says a lot about how resilient businesses can be in trying times.

Knowing that, looking at our current circumstance as an obstacle to success is the wrong mindset to have. The more you feed these negative thoughts, the more you’ll be convinced that there’s nothing that you can do to improve your or anyone else’s situation. And the more you give in to that idea, the further you will be from succeeding.

When you do nothing, you get anything in return.

Instead, take this as an opportunity to do something that will keep you on track with your personal and financial goals. Optimism and mental resilience are key motivators in pushing you to take that leap, whether it’s starting a business or better yet, investing in property.

Still not convinced? How about this.

In 1892, Thomas Edison launched General Electric one year before the Panic of 1893, where business activity across the US dropped nearly 40% for 16 months. Today, their revenue is still growing at US$95.2 billion.

In 1928, Roy and Walt Disney first presented Mickey Mouse to the world in a short animated film, Steamboat Willie. In the following year, the brothers incorporated Walt Disney Productions just as the Great Depression was starting. They persisted and after the four-year depression started working on their first full length film. And we all know where Disney is now.

In 1975, Microsoft started right after a 16 month recession. Despite the oil crisis and the stock market crash, Bill Gates and Paul Allen worked towards developing their business, launching it just four days after the recession officially ended. The rest is history.

And in 2008, tech entrepreneurs Joe Gebbia and Brian Chesky started an online business to rent out an air mattress in their apartment in San Francisco. In the same year, the Great Recession happened and the need for short-term living spaces erupted. In just a few months, the site had 10 thousand users, and has since grown to the Airbnb we know today.

No matter the era or situation, success can still happen. All you have to do is change your mindset and grab the opportunities that come your way.

Why property investment is safer than entrepreneurship

You always have a chance to succeed, but these chances aren’t always high. While we’re telling you to grab opportunities, we’re definitely not saying you should dive in without a strategy.

Your strategy should include choosing what gives you the lowest risk. This secures you a greater chance to reap higher returns.

In Australia, business has a near 80% failure rate. Just imagine that in every hundred businesses, only 20 of them succeed, and the rest don’t. It’s a tragic truth. So while it’s still manageable even in the COVID situation, you might want to look at your other more ‘surefire’ options first.

Maslow’s hierarchy of needs, a popular theory in psychology depicting a five-tier model of human needs, places shelter at the very bottom of the pyramid, along with other physiological needs like water, food, air, reproduction, and clothing. Shelter also affects the next tier of the pyramid, safety and security. This tier includes employment, resources, health, and personal security. 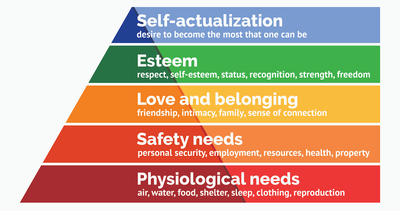 The needs lower in Maslow’s hierarchy, as seen in the diagram above from SimplyPsychology, must be satisfied first before you can fulfill your needs higher up. That makes having a place to live a basic need.

Consequently, investing in bricks and mortar is easily a much safer bet to build your wealth than starting a business.

While every now and then there will be a decline, the demand for a living space will never disappear. People will always need to live somewhere, so investing in property is an investment that will always have a market.

With all of this information, we know you’re wondering, ‘Why the US? Can’t we invest here in Australia?’

Previously we talked in detail about the perks of investing in the US and recently stated that the value of the US residential property market is expected to hit $33 trillion USD.

According to Stephen McBride, Editor of Risk Hedge Report, in a Forbes article growth in US property will rise to $35 trillion USD. Even in the midst of a pandemic, there’s an insatiable appetite for housing in the US which has arguably never been more in demand.

So to reiterate, the US is the best place for Australians to invest right now because it is insanely cheaper compared to the prices here in Australia. Maybe a few decades ago, it would have been easy to grow your portfolio investing here, but with the prices being so high now (and it doesn’t look like they’ll be significantly lower any time soon), it’s not the best option.

Going back to a previous point, we said that it is important to have a strategy that will help you in your decision making and that you need to choose what has the lowest risk. So investing in the US is a prime example of that.

You spend less, and with the ever-present need for a living space, you have a better chance of receiving higher returns. As the same Forbes article mentioned above states, there’s a ‘chronic under-supply of homes in America’ and that means you’ve never had a better opportunity to buy a distressed, run down property and turn it into a home with strong investment potential.

While we can’t guarantee what sort of ROI an investor will get, no one can predict that, we can guarantee that if you do nothing, you’ll make no profit at all.

Life is a hustle. So if you are keen to take action and find ways to increase profit in the long term amid the coronavirus pandemic, we are ready to help you.

For more information on the U.S Market, download our FREE eBook – “7 Simple Secrets to Investing in U.S. Property”.

Learn how the U.S market is smashing the AU/NZ market right now, and the strategies THAT WORK.

If Not Now…Then When?
Scroll to top