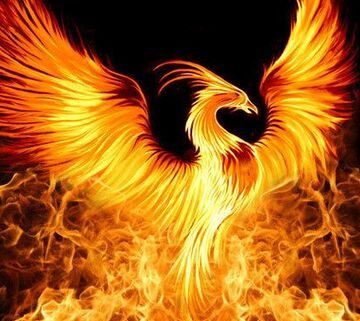 May is moving like a steam train!  I don’t know if it is just me, or is everyone feeling the weeks are flying by, even though we are still mostly cooped up inside?

Our recent foray into “relaxed restrictions’ appears to be not much more than comfort for some, allowing a small ‘backyard barbie’ but generally doing nothing for the economy…

I do however, want to chat about a very important topic today – Leadership.

“Leaders aren’t voted upon in the barracks. They emerge in the battlefield.”

I have heard that line a few times, no idea who said it, but it really resonated with me and the current crisis is really showing up the leadership, or lack thereof, not only of our countries, but throughout the world.

What is stunning in this crisis is the lack of leadership in general.  Even the W.H.O, who you would expect to take the global lead on dealing with pandemics, appears to be a farcical organization, a glorified Chinese propaganda body.

From a US standpoint, Trump has said at the start of his presidency that the US would not be anymore the world police. This crisis shows what it meant. There is no co-ordination at inter-government level. Trump thinks only about the US and openly refutes almost unrefusable facts.

Europe is fighting within itself. The EU is in complete disarray. There is distrust and even pure venom between members.  This is a classic example of the ‘nation state’ arising, with each country essential fighting on its own, almost to the detriment of others, for survival.  Really the EU needs to reform or risk dying altogether.

What is most surprising is that even Chinese President Xi has disappeared. Apart from token help to other countries and threats to Australia if we do not give up our investigation into the virus, he seems to be just in hiding.  For the country that unleashed the virus on the world, this seems extremely poor form.

The only distinguished leader we have seen step up to the plate is New Zealand PM, Jacinta Ardern, with a unique combination of empathy and science.

With the pandemic end in sight, there are already signs of diplomatic rifts between US & China, Europe & China and even Australia is walking a fine line, for now.

Here in Oz, ScoMo has done a reasonable job recently, but has, this past 3-4 months, shown a lack of leadership ability, throughout Australia’s series of crisis (Fires, floods and now disease)

Our stimulus package, unlike the US & most other countries from China to New Zealand and even European nations, are stimulating the economy and bailing out industries in crisis.  Meanwhile ours was little more than a thin lifeline to SME’s, essentially being told to “stick it out” until the end of the COVID crisis.  Issue here is that essentially this has forced our non-subsidized industries to try and compete with subsidized industry at a global level.

The Government has allowed Virgin to go into administration, while New Zealand, USA, China are bailing out their airlines.  There has been little support to the individual (apart seniors) and some sort of support for medium to small business.  Homeowners can have a reprieve to loan repayments (but interest rates are still applicable).

And as I mentioned in previous blog, the latest foray for the AUS Government is to develop a ‘big brother’ tracking app, which I feel is unnecessary unless we are going to track Influenza as well this winter?

It is during crisis that true leadership is born, like a phoenix rising from the ashes.  Chaos, uncertainty, pain, and trial – those are the breeding grounds for leaders to step forth into the sun and lead their team to victory.  With very few examples, I do not believe we are seeing this at a global level.

So, I feel it is up to us.  We need to take the reins and at least lead from our level.  Whilst we may not be able to influence governments or economies (individually at least) we can ensure to grow and make the most we can from opportunity.

We can sit around complaining about the economy falling apart, or that we just lost our job; Or that the government isn’t putting enough free money in our bank account…

OR – we could become the leader. The leader that deep down you knew you were born to be.  This is a massive opportunity for you to transform. I mean, think about it…

Coal isn’t turned into a diamond by curling up with a blanket & Netflix.  It needs tremendous pressure.

So, ask yourself every single day: Am I becoming the kind of leader that my team, my family, my co-workers, my employees, my supervisor, my spouse, my kids, need?

And if the answer is no, it’s time to step up. This is your moment. It’s time to prepare for battle.

Happy Investing all and have a great weekend!!

Check in on your Mate…